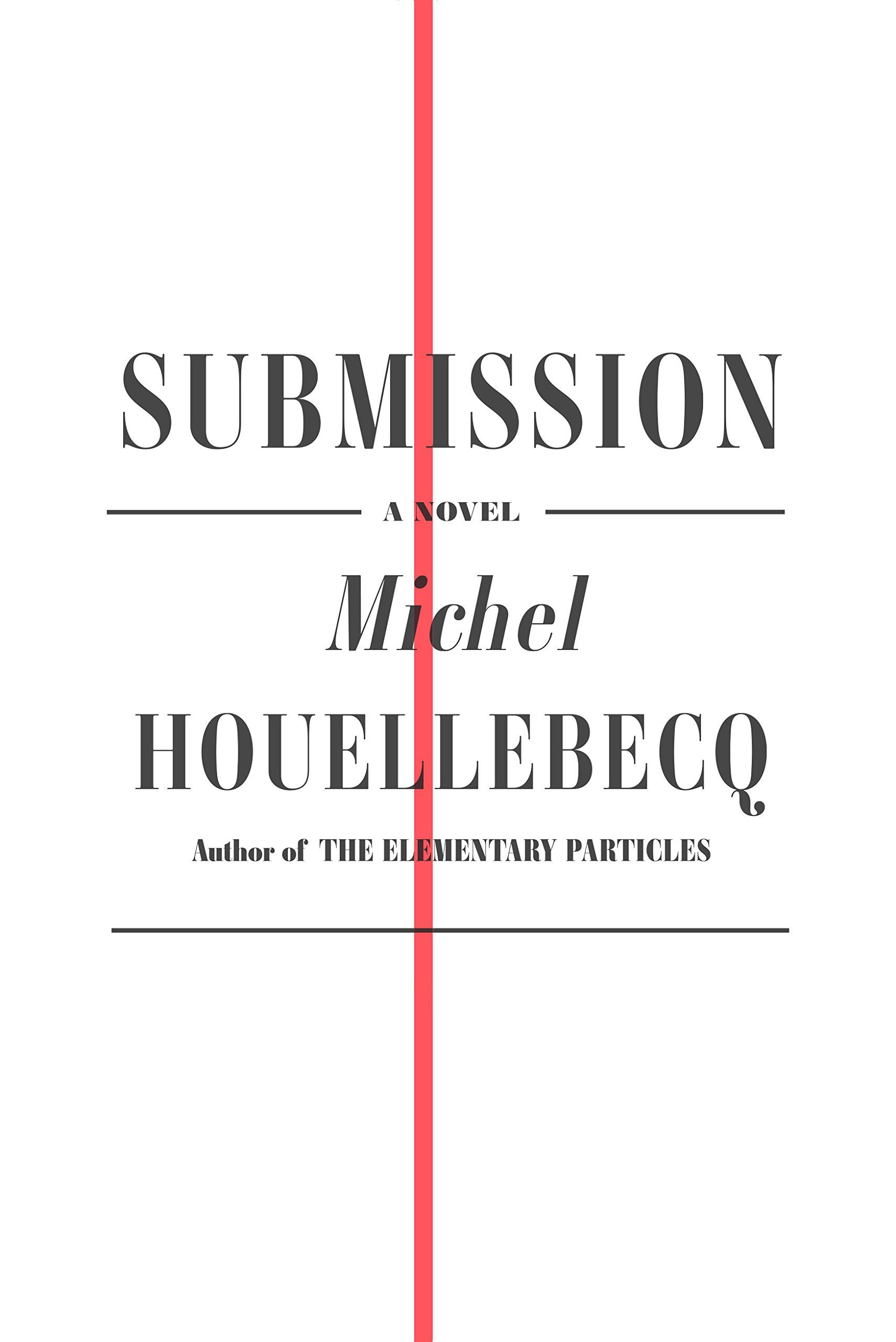 Submission was published in France in 2015 and was immediately incendiary, but most of the fire was aimed at the wrong target. While one could read the novel as a warning about political Islam taking over Europe, the satire is mostly focused on a limp and purposeless French intellectual life that leaves itself open to such an end without a fight.

The story follows a professor of literature at the Sarbonne in Paris as France goes through a rapid political transformation. The Muslim Brotherhood party is running head to head with the far right, and a coalition of the center left, Catholic parties, and Muslim Brotherhood join together to edge out Marine Le Pen’s nationalists. The most impressive feat of the writer, who takes us through long literary side alleys mirroring events in the narrative, is that he keeps our interest throughout, and by the end one feels more than a bit resigned to an Islamic Europe, and may even be rooting for it.

The trick is the main character himself, a single, middle aged, dissolute and sex obsessed intellectual with narrow horizons. The great tragedy of the beginning of the story is that his hot, young girlfriend, a Jew named Miriam, moves to Israel with her family to escape the political turmoil. She writes back that she “knows why I’m here,” conveying the sense of purpose and meaningful peoplehood that many Jews like myself feel in Israel. This is the first counterpoint to the malaise of the French academics, who are so easily convinced to throw in their lot with the Muslim Brotherhood in return for easy sex with multiple, very young wives and a boost in salary and prestige, that we end up wondering why it took so long for such a spineless bunch to convert. The Muslim Brotherhood here represents a virile, self-assured civilization, secure in its beliefs and unapologetic in its politics.

The Muslims and the Jews are a counterpoint of strong societies that know what they stand for, as opposed to the ‘post-Christian’ Europeans, who see wholesale transformation of their society, including the full disenfranchisement of women, as preferable to fighting for their own identity. The most disturbing message, for me, was how completely believable the narrative was, a feeling only strengthened by the mealy-mouthed attacks on the book by most reviewers, who seem only too willing to believe the worst about all the possible actors in European politics except for a potential Muslim party.

Along the way we also read Houellebecq’s critiques of self-obsessed, materialistic culture, of humanism as a guiding ideology capable of satisfying the soul, and of the culture which creates people hungry for meaning but unable to believe in anything transcendent. This is humanism ad absurdum.

The book is littered with explicit sex scenes, so it may be inappropriate for many readers and I’m wary of recommending it broadly as an Orthodox rabbi. But as a piece of literature it holds up well, granted this reader many insights, and the world it imagines is both shocking and prosaic in its believability.

You can find the book for sale on Amazon. I read the Kindle version HERE.

A relevant piece of non-fiction I recommend to help fill this out is The Strange Death of Europe by Douglas Murray, HERE.