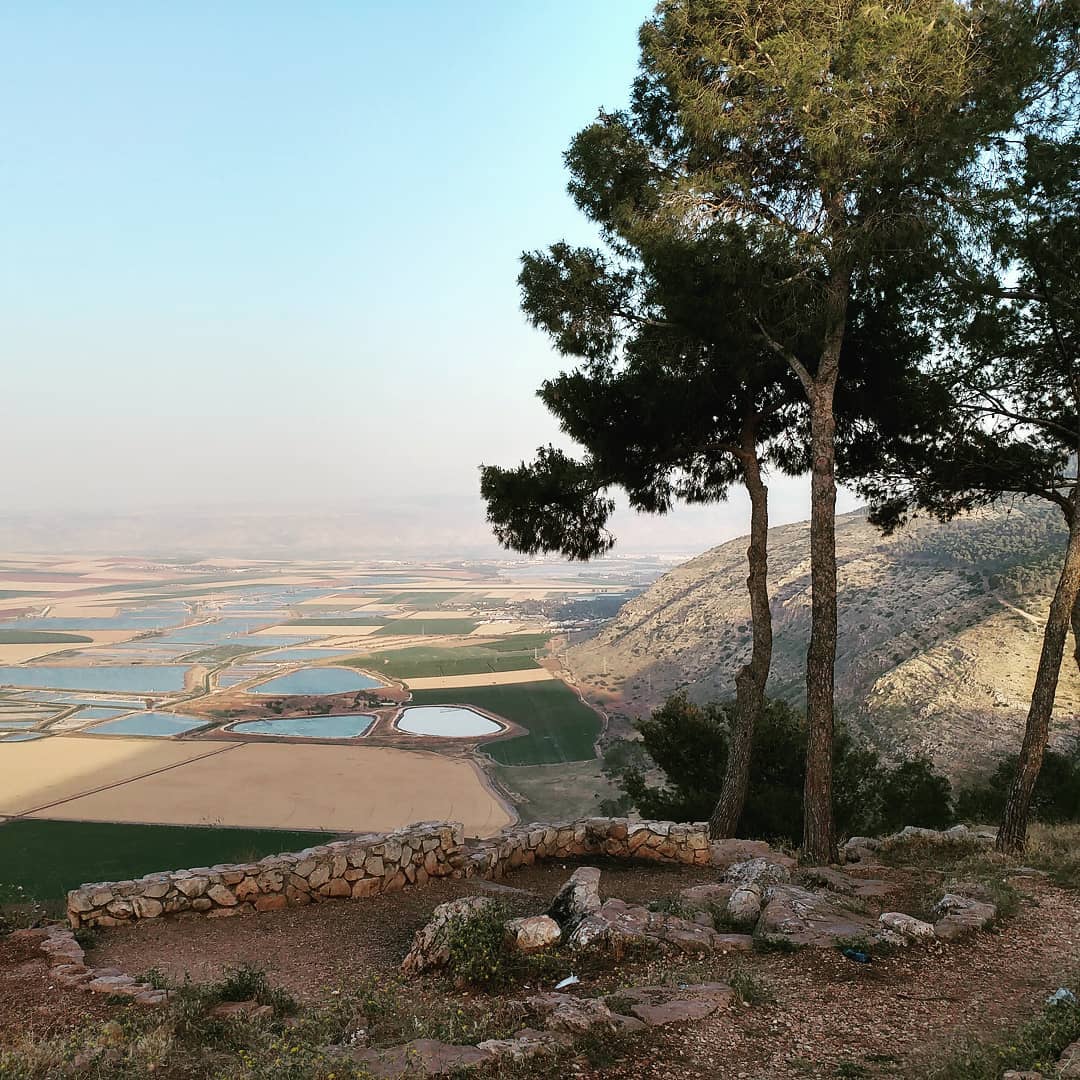 Mount Gilboa stands astride the meeting point of the Jezreel and Jordan valleys. Three thousand years ago the first anointed king of Israel, Saul, died with his sons in a battle against the Philistines. In this picture (off to the right, through the trees) you can see the desolate, rocky surface which characterizes much of the mountain.

According to local legend this desolate landscape is a result of David cursing the mountain in his lament for Saul and Jonathan, “O hills of Gilboa— Let there be no dew or rain on you, Or bountiful fields, For there the shield of warriors lay rejected, The shield of Saul, Polished with oil no more.” (II Samuel 1)

Below the hillside, curving to the right one can make out the edges of modern Beit Shean, the city where Saul and his sons were taken by the Philistines and their corpses hung from the walls. Brave men of Jabesh Gilad, from what today are the mountains of the kingdom of Jordan in the far distant mist of the photo, snuck down into the valley at night, stole the bodies, and took them to their town for a respectful burial.

Among the various pools one sees in the center of the valley is Ein Harod, the spring where Gideon took his men for a test (Judges 7). He had been sent to fight the enemies of the Israelites but had arrived with too many men. Lest people mistakenly think that it was by superior numbers and not by divine providence that they would win the day, Gideon is ordered to send most of his men home. One of the methods he uses is to send the men down to Ein Harod, a natural spring, to drink, and those who bend down and lapped the water like dogs were sent home. Those who used their hands to bring water up to their faces stayed on.

The Jezreel valley is also home to a number of biblical sites, which are easily accessible. Today, much of Mount Gilboa is a national park with a scenic road tracing its spine and dotted by breathtaking spots to stop and enjoy the view.

If you would like a tour of the area, get in touch!

To download my full source sheet for the Jezreel valley with the relevant verses, follow this link and sign up for my newsletter or fill out the form below. I promise not to spam you and you can unsubscribe at any time. 🙂