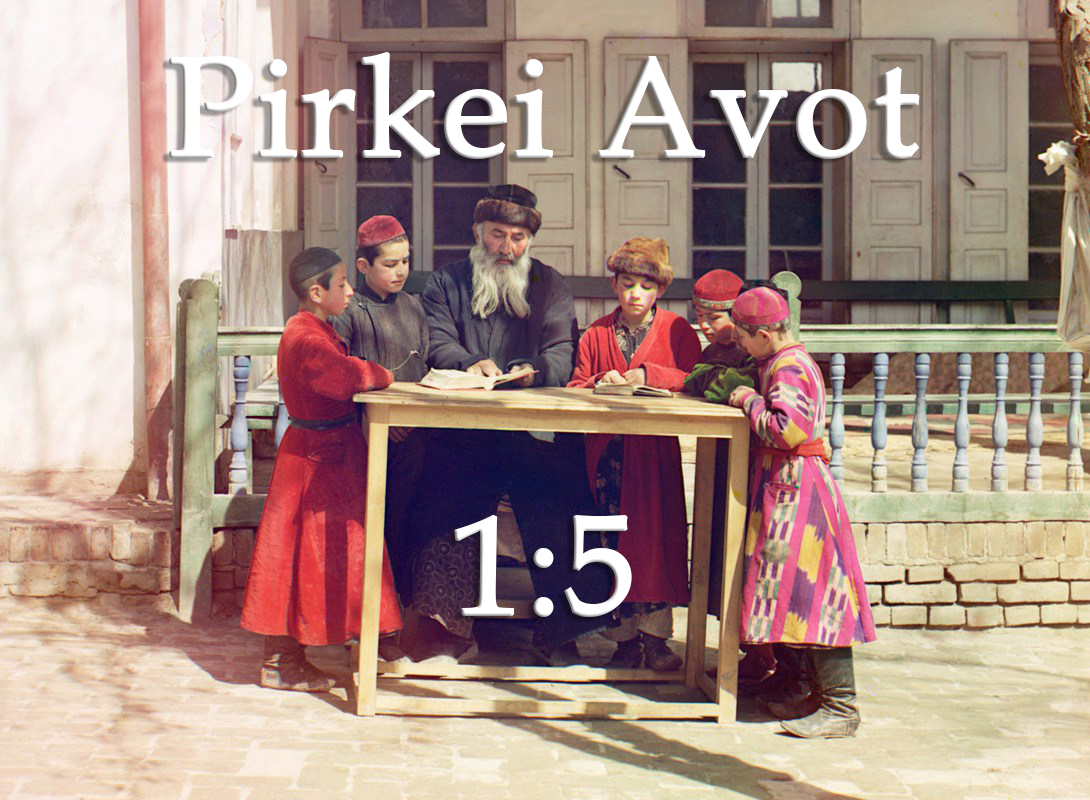 Pirkei Avot condenses thousands of years of rabbinic wisdom into a few short pages. This is the fifth video in a series going through the text line by line. You can find the series HERE. Production notes are below the video. If you can’t see the video on this page CLICK HERE.

In this Mishna we are told not to talk too much with women. But it’s not as bad as it sounds. Watch to find out why.

(If you do not see an embedded video above this text CLICK HERE to watch.)

Yose ben Yochanan, man of Jerusalem, says, “May your home be open wide, may the poor be members of your household and do not increase conversation with the woman.” They so stated with his wife; all the more so with the wife of his friend.  From this, the sages said, “Any time that a man increases conversation with the woman, he causes evil to himself and neglects the words of Torah; and, in his end, he inherits Geihinam.”

Rambam: ‘Home be open… to the poor…as members of your household.’ That one should hire poor people as servants instead of slaves and the rabbis in many places denigrate the practice of holding slaves.
Rambam: “with his wife”
The Rambam here makes an important point. In his day it was common knowledge that when a man and a woman are speaking to each other “the majority of talk with women is about matters of sex.” And thus he brings down the level of his speech and acquires a negative trait.

Today, when women are also educated and part of the work place, etc., they are ‘like men’ in terms of having important conversations. ‘Women’ were an obvious case of people that an educated torah scholar speaking to would be a waste of his time. This is teaching us the same lesson as the first chapter of psalms, to not keep company with ‘scoffers’. Who we hang out with shapes us, so choose your company wisely.
BUT there is obviously the added dimension of sexual tension when men and women speak, which may be part of the Rambam’s point as well. We are certainly warned to minimize casual contact spent with members of the opposite sex. The principle of ‘there is no apotropos for sexual immorality,’ means nobody is infallible in this area, so best to avoid temptation.