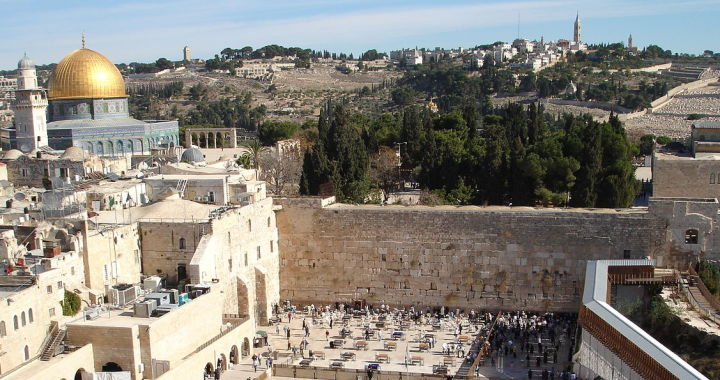 Navel of the World

In Jewish tradition the Old City of Jerusalem is the center of the universe, the ‘navel of the world’ where God touched creation and everything began. So much attention, faith, hope and intensity focuses on this place that the streets practically vibrate with energy. If you do a ‘tour’ of one place in Israel during your stay, make it here.

A Walk through the Quarters

We’ll start the day at Jaffa gate, walking through the Armenian quarter to a rooftop overlook where we can see all four quarters and understand how the Old City fits together. We will see archeological sites from the First and Second Temple periods (2 and 3 thousand years ago), and hear the voices of the Biblical prophets echoing through the streets of the Old City.

We will explore various sights in the Jewish quarter, then go down to see the City of David, where King David ruled over a united Jewish kingdom. Our tour will end at the Western Wall, a remnant of the second temple and place of Jewish prayer for dozens of generations.

For Christian groups, we will spend half the day in the Christian quarter on the Via Dolorosa, exploring the last day of Jesus’ life, from the ‘Ecce Homo Arch’ where Pontius Pilate declared ‘This is the Man’, to the Church of the Holy Sepulchre where Jesus was crucified and buried.

1. If you want to do “The Tunnel Tour” at the Western Wall complex, we can help you make a reservation for after the end of our tour.  The local guides there are excellent and the site is open later than most other sites.

2. The Temple Institute in the Jewish Quarter is home to an exhibition of objects being prepared to serve in the hoped for 3rd Temple. It’s a fascinating site and one can learn a lot about both the previous temples and beliefs about the 3rd (future) Temple.