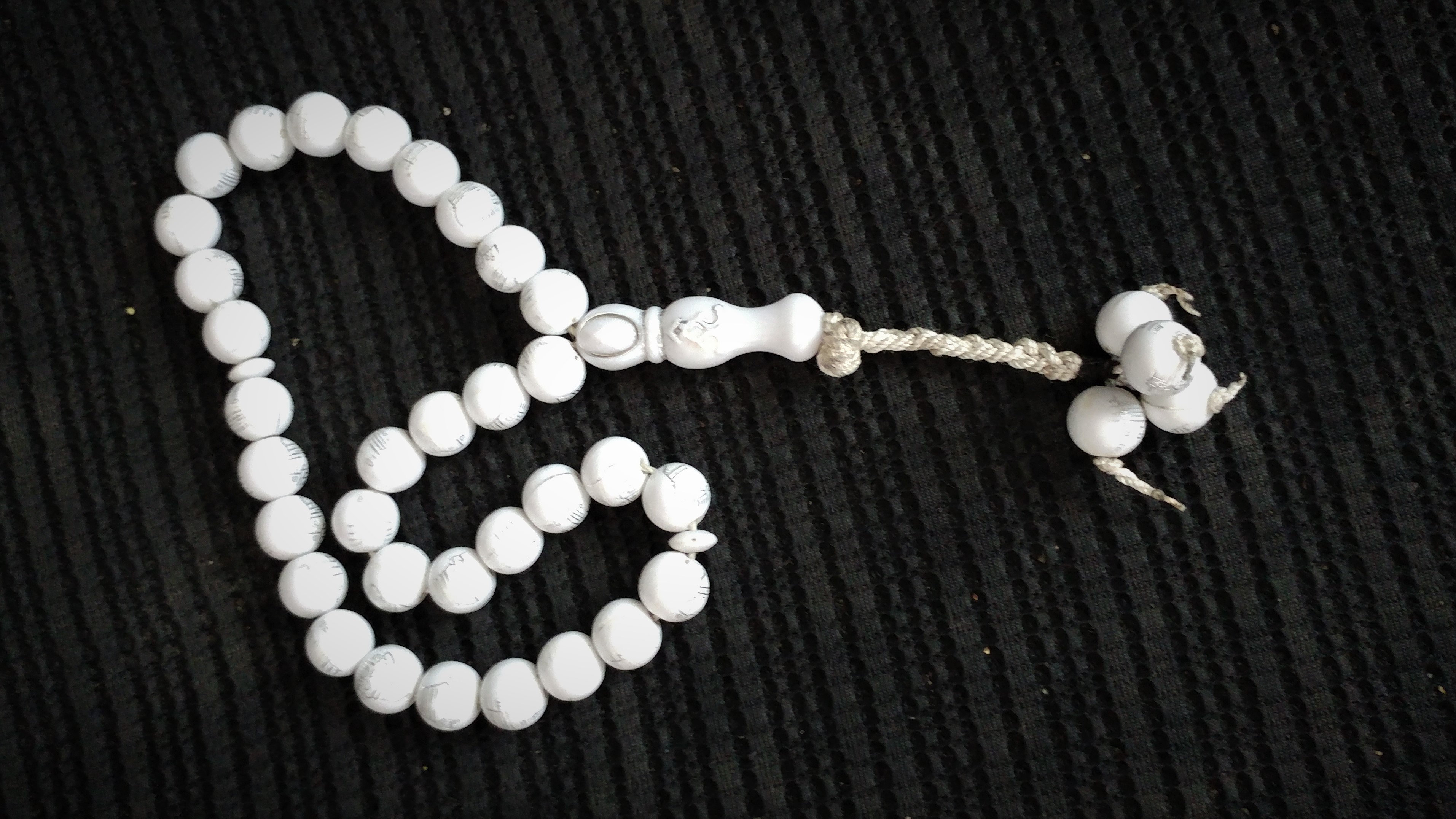 When I was in the tour guiding course we went to Nazareth and visited the White Mosque. It’s a beautiful old mosque, made of white stone, rising above the alleyways of the old city. An elderly man showed us up to the roof and talked about the view in heavily Arabic accented Hebrew which I helped translate to English for the class, and a few words of English, then he brought us into the main prayer space and told us a bit about the history of the building.

Nazareth is on the Israeli side of the Green Line, the state of Israel from 1948, and all the Arab residents are full Israeli citizens. Before we left someone in the group asked how the Muslims in Nazareth felt about Israel and the Jews in general. He said that in the 50s and 60s there were no problems. Everything was fine. Then a new generation came in and started making trouble. But there should be no trouble and we should live together. He said that non-Muslims were welcome in the mosque, and anybody who prayed to God was welcome to do so within it’s walls, including Jews and Christians. I noticed he had what appeared to my ignorant eyes to be Rosary beads in his hands. When I asked about them he explained that there is a bead for each of the names of Allah in Arabic, and one can keep track of how many times they have repeated their prayers by clicking one bead for each round of prayers until they get back to the beginning. I commented that this seemed like a great way of making prayer meditative, and he said, “Here, take it,” and handed me the beads. They sit in a small box in my closet with other small treasures from the past. They remind me of his kindness. And also, each bead bears a picture of the Al-Aqsa Mosque, the Muslim holy site built on top of Judaism’s holiest site, which reminds me of the conflict.

In Samaria a few weeks ago I was on my way to Elon Moreh, a Jewish settlement overlooking the Palestinian city of Shechem (AKA Nablus). Shechem is a Palestian Authority city, run completely by the PA, with no Israeli presence, and no legal entry for Israeli citizens. The children who grew up in these enclaves since the mid 1990s when the Oslo accords first went into effect, have likely never seen an Israeli civilian. If saw a Jew in the flesh, it was probably a soldier at the checkpoint that leads out of their town, onto the main road which is also accessible to Israelis. They have never had a conversation with a Jew, or eaten a meal with a Jew, or shaken a Jew’s hand in a friendly way at the end of a conversation. This generation is far more radical than their parents.

I was thinking about these Arabs who have never met me or anyone like me as I drove past Shechem to Elon Moreh. I noticed that the entry to the road from an Arab village, with no checkpoint, had a stop sign while the direction continuing on to the Jewish towns continued without stopping. A long line of Arab drivers were waiting to turn and merge onto the road even though, in physical terms, they were continuing straight and I was turning left following the road. I imagined how terrible that must feel, the rage in one’s head as they sit for 10 minutes waiting to go straight while the occasional Jewish car wizzes by. But I was glad not to be sitting in traffic, there in particular.

When I entered Elon Moreh I followed the signs up to Har Kabir, a mountain across the valley from Shechem with a majestic view of the biblical landscape. From its peak one looks across an open valley to see the mountains of Gerizim and Eval, with the ancient city of Shechem nestled between them and modern structures climbing their slopes and filling the valley. Here lies the tomb of Joseph, a Jewish holy place in the heart of a city we cannot visit safely or legally, except in bullet proof buses which go monthly to the tomb in the middle of the night under heavy army escort.

If one sits at the checkpoints into ‘area A,’ the name for areas under complete PA control according to the Oslo accords, one sees mostly green and white license plates, but an occasional yellow and black plate, an Israeli car, will go through as well. These are Israeli Arabs. As the red signs the Israeli government put up at such junctions state, entrance for Israeli citizens is both “illegal and dangerous.” But everybody understands this means Israeli Jews. Israeli Arabs come and go freely. Our struggle is an ethnic one based on tribal affiliation, not a national one based on citizenship. On the ground this is obvious to everyone.

Later in the day, when I arrive home to Tekoa, the town where I live in Judea, south of Jerusalem, I see the Arab workers exiting the town and getting into their cars. They smile and wave at me. I smile and wave back. They come in the morning. After they park near the gate, they wait in line and hand their ID to the security guard as they enter. After a day’s work building our homes they go out through the gate, collect their ID, and drive home to the Arab village of Te’qua, much of which is in ‘area A.’

From my home, I can look out the window, over the security fence and up the hill to our Arab sister-village a few hundred meters away. When I wake before dawn to the distant sounds of the muezzin inviting the faithful to their morning prayers, I enjoy the melody, and I am also terrified. We are cousins. And the melodies of their chants are similar to those of Jews from the Middle East and North Africa. But I’m glad there’s a security fence surrounding my town. A year ago a young man from near Hebron found an opening in the fence, snuck into the town, and stabbed a pregnant woman in the shoulder. I wonder, why do we need a fence and they don’t? Why are there checkpoints preventing them from entering my town, but just a warning sign at the entrance to theirs? It reminds me of Israel’s border with Syria. On our side of the demilitarized zone there is a border fence and road with a tank ditch. On the Syrian side, nothing. You could be forgiven for not knowing where the Syrian side is.

I often think of Israel as one metaphorical tel. A tel  is an ancient city, built over and over many times in the same place, which leaves an artificial mound with lines like a layer cake piled one on top of the other. Each layer represents one historical period. Except sometimes the earth is broken by an earthquake, or construction, or a tree branch that grows and cracks the walls and other processes of natural decay. There are places where one period intrudes into another, where pieces that don’t fit are broken apart or smashed together between layers of dirt, and only slow, careful sifting can make sense of it. In fact, the closer one looks, the more they see that the clean lines dividing layers are an illusion, a useful fiction that helps you make sense of what you’re seeing without understanding anything.